Would you like to switch to the accessible version of this site?

Don't need the accessible version of this site?

What is Hypnosis: According to American Psychological Association, Division 30 (Society of Clinical Hypnosis) hypnosis is defined as: “A state of consciousness involving focused attention and reduced peripheral awareness characterized by an enhanced capacity for response to suggestion.” (2015). Trance is a natural human phenomenon that everyone experiences. For instance, daydreaming, being absorbed in a movie that seems life-like, getting lost in an engaging novel, or perceiving time fly by or crawl at a snail’s pace, all involve trance phenomenon. Hypnosis interventions intentionally elicit trance experiences for productive and therapeutic purposes for treating both medical and mental health disorders as well as enhancing performance (e.g., athletes, public speakers, performing artists.)

Hypnosis can also be a key part of a treatment plan for:

Did you know that the world famous Mayo Clinic Uses Hypnosis? click here

What do we mean by the phrase "Modern Hypnosis"? :

"Clinical Hypnosis" refers to the modern clinical practice of hypnosis, using current professional standards of practice employed by highly trained, licensed mental health clinicians as they incorporate new findings in neuroscience and brain research in their hypnotic work with patients. This understanding is nicely summarized in the book, "Neuroscience for Clinicians" Simpkins & Simpkins, NewYork: Springer, 2013. My professional review of this book has been published: Joseph LaBeau (2014) Neuroscience for Clinicians: Evidence, Models, and Practice by C. Alexander Simpkins and M. Annellen Simpkins, American Journal of Clinical Hypnosis, 57:1, 84-86, DOI: 10.1080/00029157.2015.917570

In short, Modern Hypnosis aims to deliver the best possible professional practice of hypnosis, integrating the art of therapy with the science of neurology, so as to rehabilitate brain function.

At the Joseph Center, clinical hypnotics uses the unconscious mind as a starting point to develop a treatment plan that is aimed at the activation, development, and deactivation of the brain's neural pathways. This technique, literally changes ones mind- from anxious to more calm, from powerless to more empowered.

Modern clinical hypnosis recognizes individual differences in need for help opening the door to the unconscious mind. We see this as a collaborative process, commonly called Hypnotic Induction (HI). HI might include giving formal hypnotic suggestions to patients entering trance. Just as likely, though, after informed consent is provided, induction might be achieved through story-telling, reminiscence, joking, play, art, music, a startling movement, an appropriate therapeutic movement or touch, home work, personal ordeals, rituals (consistent patient belief systems), exploration of memories, dreams, fantasies, wishes, "mistakes", associations or feelings ---all these can be doorways to trance.

Once a trance is developed presentation of unconscious conflicts can be facilitated in much the same way. This material obtained in the active phase of the hypnotic session is later analyzed by both the client and the patient, unless it is important for the patient to remain unconscious of the material until a later time.  This is referred to as "Hypno-Analysis."

The goal of the analysis is to use material to inform a treatment plan for change---in our language change means a plan for "brain rehab" by altering neural pathway/s and restoring more healthy mind-brain function. This treatment plan will be highly informed by the current best evidenced-based treatment for changing very difficult even addiction-level habits--Motivational Interviewing (MI) and Psychiatric Rehabilitation (PR).

Hypnotic MI (HMI) allows us to set appropriate change goals and a Hypnotic Psychiatric Rehab (HPR) allows us to effectively support goal achievement with what we know about clinical best practices in the rehabilitation of various psychiatric issues.

The plan will include clinical management of problem reactions to the work: lack of progress, abreaction, de-compensation, relapse, and emergence of new or worsening symptoms. Note: this is why only properly trained and licensed mental health professionals should perform hypnosis.

Most patients find exciting new power in these hypnotic activities, many are astounded at what they are able to do by use of these techniques

More Questions and Answers about Hypnosis:

Q: Is there a difference between hypnosis and trance? A: Many licensed clinical professionals who employ hypnosis in their practice maintain that these two terms are synonymous. In essence for them, hypnosis is trance, and trance is hypnosis. As noted above, there are others who distinguish between the two terms and identify hypnosis as a set of procedures, interventions, or a set of skills that promote the facilitation of trance for therapeutic purposes. Trance is a natural human experience that occurs for most people during most of their “waking” day, and can be evidenced by daydreaming, getting lost in thought, being absorbed in a movie, music, or a conversation, or forgetting what you were about to do as you entered a room. Trance facilitated through hypnosis promotes access to the unconscious mind and its vast resources of knowledge, skills, and abilities within a person that may be challenging to access during more conscious states of mind. Trance also involves a suspension of critical thinking and judgment (typically associated with the conscious mind) permitting a greater sense of openness to suggestions offered by the clinician (aka hetero-hypnosis) or by the individual on their own (aka self-hypnosis).

Q: Can everyone be hypnotized? A: Everyone, including young children (and most animals) naturally experience trance during their “waking” day. Consequently, most people can benefit from hypnosis. Like most human traits and abilities, some people are naturally gifted when it comes to hypnosis and can be quantified as more hypnotizable. These individuals possess talents and abilities that allow them to go into trance more readily and perhaps more deeply than others. Some individuals are generally considered to be poor candidates for hypnosis, and include individuals with histories of intellectual disorders, dementia, and psychosis since they lack the capacity to focus their attention in ways that facilitate therapeutic trance.

Q: Can someone be hypnotized against their will? A: No. Hypnosis requires the consent and willingness of another to promote and facilitate trance for therapeutic purposes. This myth in addition to many other myths have unfortunately been perpetuated by mainstream media, silver screen productions, children’s cartoons, and sensational stage hypnosis productions.

Q: Is stage hypnosis real? A: Stage hypnotists are certainly capable of enhancing and facilitating trance experiences in their volunteers. Here’s how they do that: First they request volunteers from the audience (providing a ripe selection of people who are willing to “expose” themselves in front of a group of strangers). Then they introduce the concept of “inductions” and “suggestions” to this selective group of volunteers. A series of suggestions are offered ranging from simple physical suggestions (“your arms are getting heavy as they hold this bucket of water”) to more a more complex experience involving visual hallucinations (“the audience is sitting in their underwear”). If volunteers fail to respond to a suggestion they are informed that when they are “touched on their shoulder they will then find their way back to their seat.” Essentially, stage hypnotists guarantee a selection of highly hypnotizable people (perhaps 2-4 remain on stage) that respond to more complicated suggestions.

Q: Do weak-minded people make better subjects for hypnosis? A: No. “weak-mindedness” has nothing to do with the ability to benefit from hypnosis. In fact, therapeutic benefits of hypnosis are typically appreciated by people who are mentally stable despite their presenting psychological and/or medical challenges.

Q: What will I remember, if anything, after hypnosis? A: Anything and everything that is necessary for your conscious mind to recall. It is a misnomer that recalling portions of a hypnosis session indicate that hypnosis was ineffective. Most people recall many things after hypnosis is terminated. At times, however, it may be helpful for a clinician to suggest that someone not remember an experience during hypnosis as it may be traumatic and difficult for them to manage, though this is the exception and not the rule for hypnosis.

Q: Will I be asleep? A: Hypnosis generally involves a state of relaxation and physical comfort that facilitates a trance state that is not intended to promote sleep. In fact, during trance, part of the mind can remain very active and absorbed. Most people recall many details of their experience during trance while appreciating that they were not fully alert or sound asleep. Hypnosis Questions & Answers Page 3

Q: Will I reveal any personal secrets during hypnosis? A: Hypnosis is not a truth serum. You will retain full control over what you say. Individuals in trance reveal no secrets that they would not otherwise reveal in a waking state.

Q: What are some benefits of hypnosis? A: There are many benefits that can be appreciated with hypnosis including, but not limited to the following: pain management, control of unwanted habits, depression, improved athletic performance, healthier sleep, improved energy, resolution of various skin conditions including warts and psoriasis, enuresis, phobias, digestive disorders including Irritable Bowel Syndrome, and hot flashes. 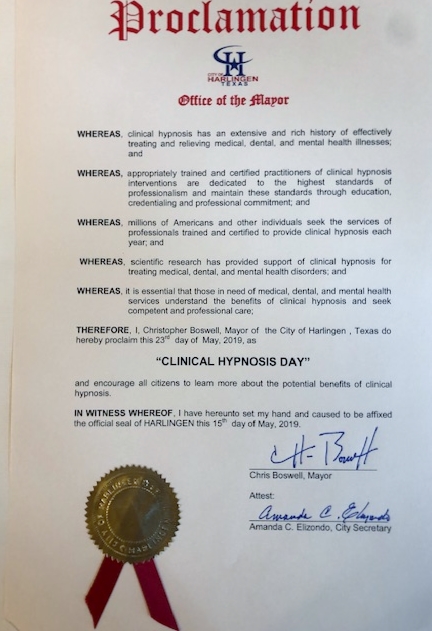 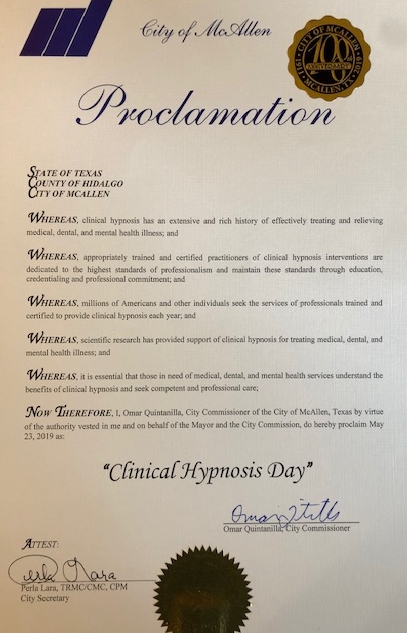 Let's Talk About Helping You!